We are saddened at the death of  Walter (Wally) Bornemann a former member, player and coach with the Club. We extend our condolences to his wife Phyllis and daughters Karen, Jill and Lisa.

Wally played for Leinster and was capped four times for Ireland, making his debut against England in Twickenham in 1960. The team contained fellow Wanderers Gerry Culliton and Ronnie Kavanagh, captained by former Wanderer Andy Mulligan.

Wally captained the club in the 1961/62 and 1962/63 seasons (pictured below).
When his senior rugby career ended Wally played on in junior sides in the club and coached at junior and senior levels.

As a former international Wally was presented with a commemorative medal at the WFC150 Celebration, which was accepted by his brother Karl.

Death Notice at the Irish Times 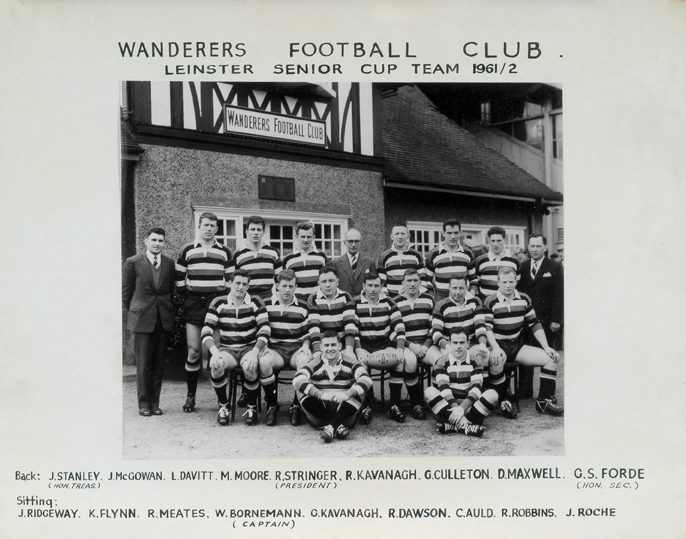 The IRFU ‘Your Club, Your Country’ Grand Draw, brought to you by Energia, is back …