We are deeply saddened at the death of Ronnie Kavanagh a Life member and former Captain of the Club.
Our condolences go to his wife Kay, children Sunny, Rees, Geri and Don, his daughters-in-law, sons-in-law, adored grandchildren, great-grandchildren and extended family.

For full details and Condolences please go to rip.ie.

Ronnie represented Leinster and won 35 caps for his country between 1953 and 1962, making his debut in a 16-3 win over France at Ravenhill.He was also part of Ireland’s first tour of South Africa in 1961, starting the 24-8 Test defeat to the Springboks at Newlands. 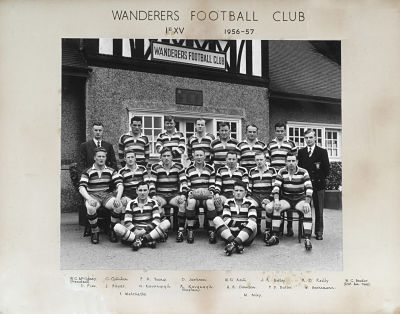