We are saddened at the death of Gary Halpin a former member and player with the Club.`We extend our condolences to his wife Carol, son Bentley and daughters Leonie and Lenka.

Gary was a member of the Wanderers’ Leinster Cup winning team of 1989/90, captained by Andy Kelly. He was capped 11 times for Ireland, playing at the World Cups of 1991 and 1995. In addition he represented Ireland at the 1987 IAAF World Athletic Championship, competing in the hammer event.

Gary was Head of Boarding at Cistercian College, Roscrea.

Read an appreciation of Gary in the Irish Times here. 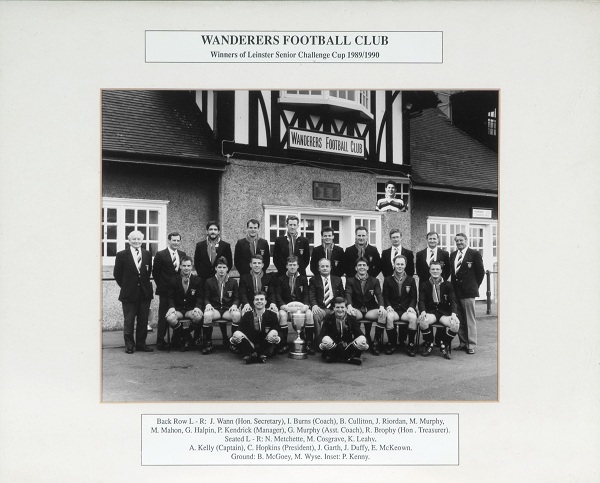